Guntur is the administrative capital of Guntur district. It is a place replete with educational institutes, industries, Guntur chillies which are exported all around the world and agricultural products such as tobacco, cotton etc. It is a centre of business and commerce. Did you know that Guntur is the third most populated city in Andhra Pradesh? 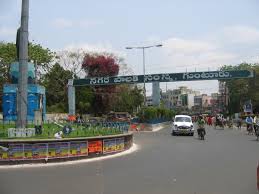 Post independence, lot of development has taken place here in terms of setting up of industries, offices, malls and other residential infrastructural development. Most of this development was concentrated in the region of Guntur which is today referred to as 'New Guntur'.

Brodipet, Arundelpet are the urban areas in Guntur while regions such as Chandramouli nagar, Brindavan Gardens, Pattabhi Puram and Sitarama nagar come under suburban areas. These suburban  areas and villages surround Guntur on all directions. Many more localities are coming up in most of these areas.

Towards the East of Guntur lies Pedakakani Mandal while Vatticherukuru Mandal towards South. Tadikonda Mandal is towards North of Guntur. Mangalagiri, Tenali, Ponnur are nearby cities to Guntur.

Guntur comprises of 95 villages and 74 panchayats . China Palakaluru is the smallest village and Gorantla is the biggest as far as their area is concerned.

Kotapadu is located in taluk of Janakavaram Ponguluru (Prakasam district) and is a village about 70 kms. from Guntur and 283 kms. from Hyderabad. The postal office of Kotapadu is Muppavaram with PIN code 523261. Janakavaram is just 4 kms. from Kotapadu.