Guntur is about 165 miles from Hyderabad, the capital city of Andhra Pradesh. It is the most populous region in the state of Andhra Pradesh with a current population of 44 lac. Literacy rate in Guntur is about 74%, which is more than the national average of 70%. With the formation of a separate state of Telangana, speculation is rife that Guntur may become the capital of Andhra Pradesh. Guntur is a progressive city with many malls and entertainment avenues cropping up everywhere.Tourism is one of the main attractions of Guntur with many religious places with more than 100 temples. 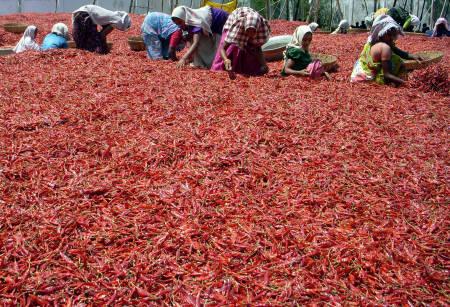 Guntur is the world's biggest chilli exporter. It is also known as a medical hub. Did you know that the world famous Koh-i-noor diamond was mined from Kollur, which is in Guntur in Andhra Pradesh. It is a major exporter of tobacco and cotton as well. Gutur also has a sizable Buddhist presence as Buddhism thrived in Guntur since ancient days. Due to its rich historical heritage, there are many interesting tourist spots in Guntur such as, Amaravathi, Chebrolu, Undavalli caves and many more such attractions. If you are a history enthusiast, Guntur is the right destination for you.

Records about the existence of Guntur can be found in the writings of the Chalukyan king, Vengi. The name Guntur is derived from the Sanskrit word, Garta or Gunta meaning a place predominated by ponds. The evidence of this is found in the ancient writing inscribed on the stones of the temple, Agasthyeswara-Shivalayam. The 'Nagas' made famous by the writer Amish, are said to have inhabited this area. During colonial times, Guntur was mainly under the French rule. The French established their headquarters here in the year 1752. The availability of water due the natural tanks could have been a reason why this place was favoured by the French. And it is for this same reason that Guntur evolved into the modern city it is today. Click here to read more on the history of Guntur

Guntur has a coastline along the Bay of Bengal, hence it has a tropical weather. However, interestingly, Guntur witnesses more rainfall during winter rather than summer. Guntur's annual rainfall averages at 830mm. Guntur's annual temperature is at an average of 28.5° Celcius. Rainfall is highest in the month of October, and May is the warmest month of the year in Guntur. However, Guntur does experience a cool weather in December with temperature averaging at 24°Celcius. The hottest place in Guntur is Rentachintala with a maximum temperature of 49° Celcius. Guntur experiences storms at times dueto  the depression in Bay of Bengal which results is strong winds and heavy rainfall.

Tourism in Guntur is diverse and interesting. It has all kinds of tourist places to suit different tastes. Due to its rich history, Guntur has many religious places to visit replete with ancient temples and grandiose architecture. Some of its famous temples and pilgrim centres are Amaravathi, Panakai Narasimha swamy temple, Chennakeshava Swamy temple, Veera Anjaneya Temple. For sand and sun lovers, there is Suryalanka beach near Guntur. For water lovers, there is Ethipothala waterfalls, which cascades from atop a mountain. Nagarjunasagar Dam is another treat to water lovers due to its scenic beauty. It is said to be one of the largets dams in Asia. For wildlife enthusiasts, there is the Nagarjuna Wild sanctuary and the Uppalapadu Bird sanctuary. For those who want a dose of history and nostalgia, there is the Undavalli caves, which is famous for its rock-cut architecture. One can also visit the Kondaveedu fort that is located atop a hill. There are so many places waiting to be discovered in Guntur, so come and explore these travel destinations that have so much to offer. Click here to read more on the tourism of Guntur.


Culture and People of Guntur

The main language spoken in Guntur is Telegu while Urdu is also spoken by most of the people. Guntur is culturally diverse with people from all kind of castes and creeds having made it their home. The french occupation and the European invasion to some extent has lent a cosmopolitan feel to the city. Various religions co-exist harmoniously in Guntur. Guntur has a vibrant culture with many festivals being celebrated here like the Sankranti, Deepavali, Eid, Christmas, Muharram etc. Due to a strong buddhism presence in Guntur, it recently hosted the world- famous, Kalachakra festival which is a festival observed by Tibetan Buddhists. Guntur's population is predominantly from the middle and lower-middle class sections. Since the cost of living is affordable, Guntur has people pouring in from other parts of the state for a better life. Guntur is mainly a traditional city, yet the people here have embraced westernization to keep pace with the rest of the world. 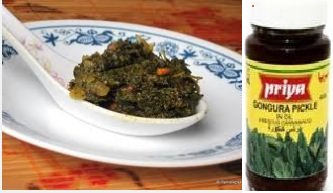 Guntur has an andhra-style cuisine. some of its mouth-watering offerings are Gongura pickle, aavakaya pickle, mirakapaya bajji (chilli bajji), and andhra-style meals. Breakfast is the staple idly, dosa, and sambhar. One can find a lot of eateries that cater to all kinds of taste buds. Click here to read more on the culture of Guntur